The annual survey of 61 jurisdictions around the world pushed the city up one place to the top for 2016, stating Hong Kong had "encouraged innovation through low and simple taxation and imposed no restrictions on capital flows," according to IMD World Competitiveness Centre.

Though Hong Kong has a smaller data centre market than Northern Virginia, Silicon Valley, London, or Amsterdam, it has about 40 data centre providers with more than 50 operational data centres across its 400-plus square miles of land, according to Structure research.

Last year, Hong Kong's 40 data centre providers brought in $616 million in revenue, and the market is projected to grow by 15 percent in 2016. By 2020, Structure expects the Hong Kong data centre market to reach $1.39 billion.

The region remains one of the most open economies in the world for international trade and investment. There is no general screening of foreign investment, and in most cases, foreign investors can maintain 100 percent ownership. The financial sector remains highly competitive and well capitalized, serving as a leading global hub.* 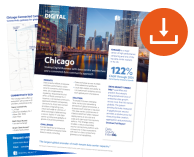